A Happy Walk With My Pup: A Photo Story

While writing my recent post on gratitude, I felt moved to take my dog to one of our favorite parks to be in nature and for both of us to get some fresh air. Here are our moments, paused and remembered. 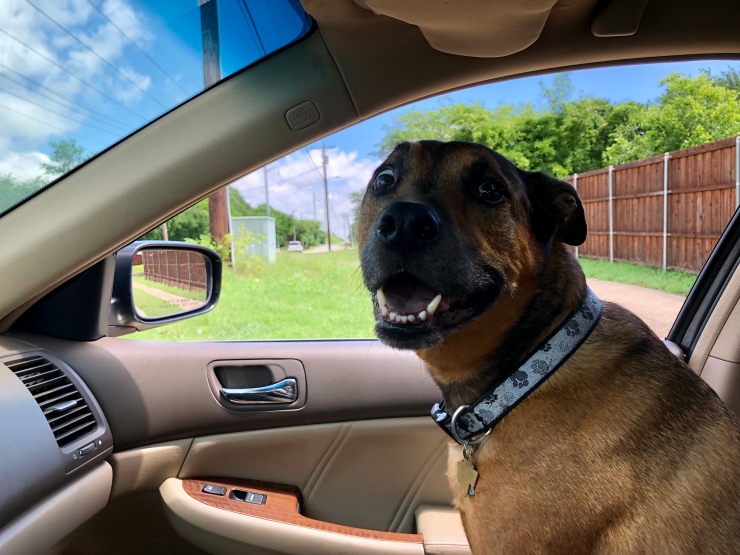 My dog’s name is Jedi, and he hates pictures but loves going to the park. He puts up with me and loves me always. He’s honestly more than I deserve sometimes. 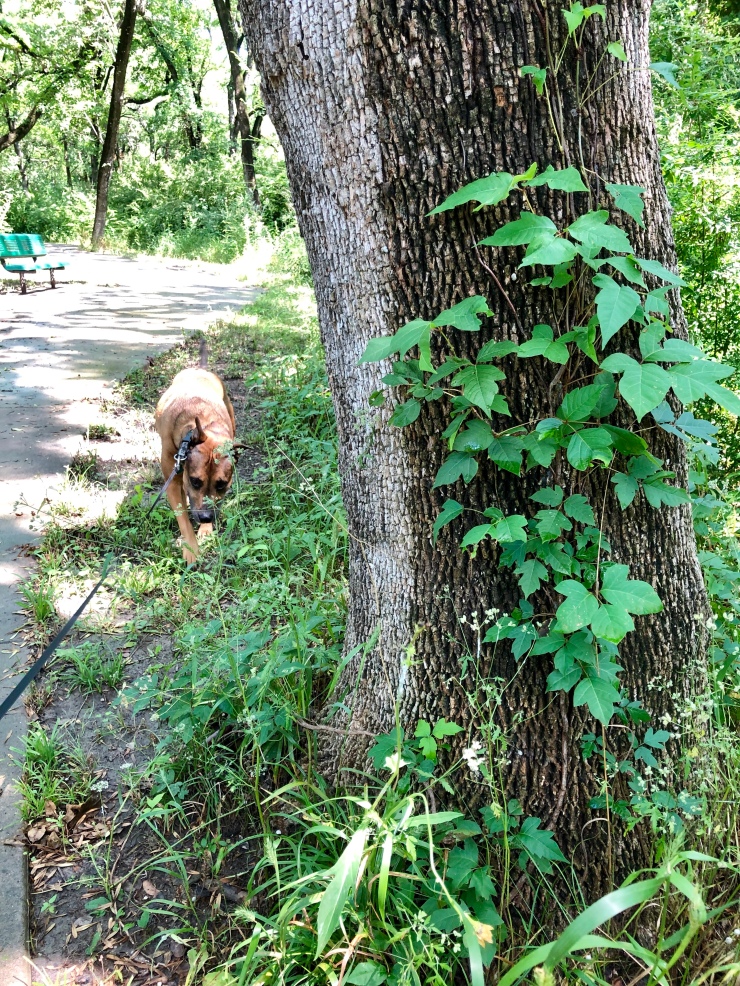 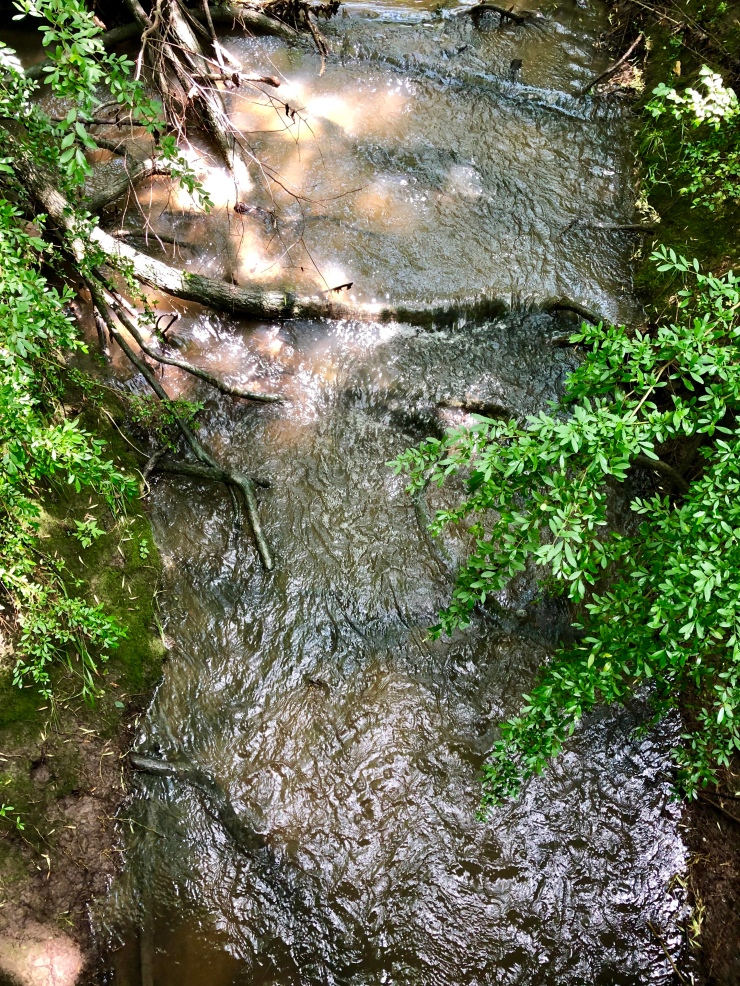 This is one of my favorite parks because it is full of beautiful, wildly grown nature. I feel like I’m walking in a forest when I come here, and there usually aren’t any people. It’s been raining a lot, so it’s really wild, and even though it’s getting warmer, the tall trees create shade and keep it nice and cool. It’s like a mini escape from Texas heat and suburb buildings. 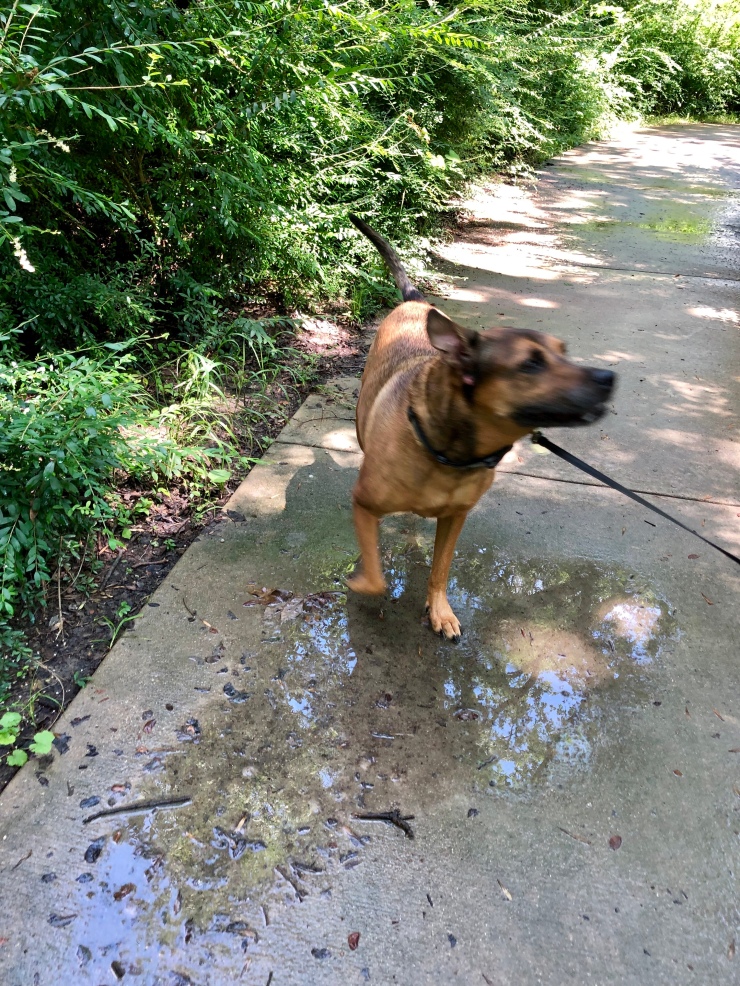 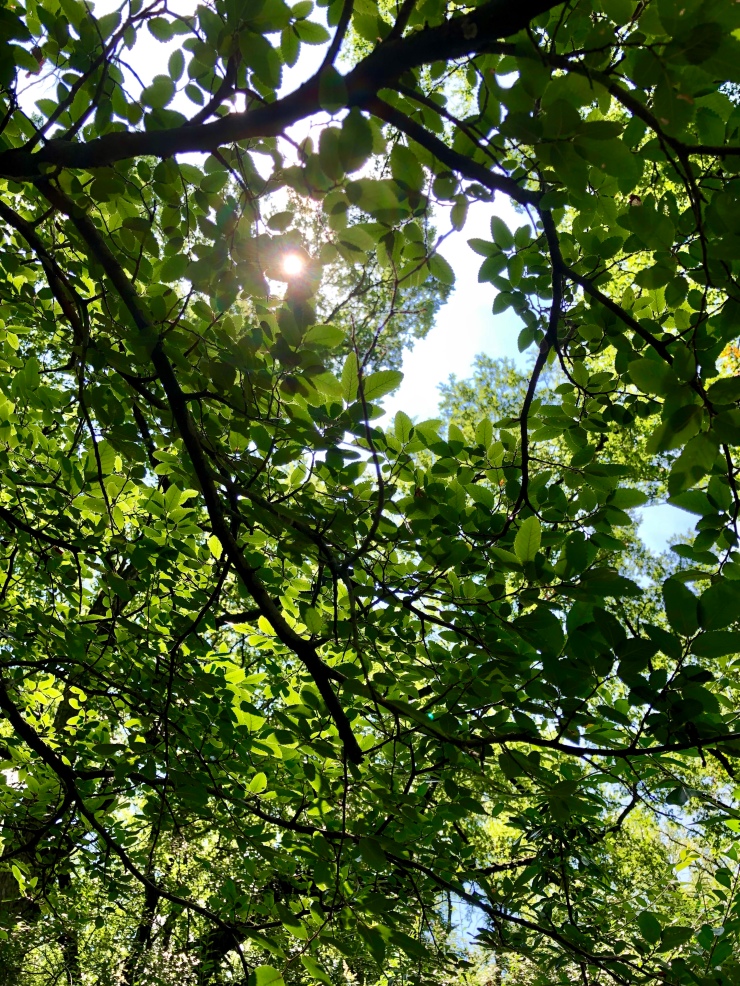 When we got there, I wasn’t as blissful as I thought I would be. Instead, I felt more of a sense of the sublime—what the Romantic writers used to refer to as this deep awe and fear of nature because it is so beautiful, but also extremely wild and powerful. Even though I was in a safe place, I still felt that sense of fear and power emanating from all of the life in the greenery. I think it would be foolish for us to imagine that because we are humans we are safe from other living beings. Even the smallest insects can carry great power. I don’t think it’s our job to take any of it for granted, but to marvel at it for what it is. Then there is love and awe with an understanding of our place in the world as being among it all, not above.

Sometimes I let him off the leash even though it’s not allowed in the parks. I was trying to keep him from running off into the streams and getting muddy; it didn’t work though. I still had to give him a bath, and he hated it.

And here he is post-bath, cute as ever, but politely asking me to stop taking pictures of him (normally he looks away and won’t let me take them at all).

Let this be a reminder to walk away from the laptop, the phone, the TV every now and then, and take your animal friends or yourself outside. It’s good for ya.