If you read my post last night, you’ll know we were really worried about our chances of making the flight to Ireland this morning. Well, several angels and sprints through the airport later, we made it to Dublin. Essentially we only gave ourselves a limited amount of time because that was the earliest we could get to the airport without spending the night again, but then we forgot about needing to get our boarding passes stamped, then security, and then passport control before going to our gate. The train we took was unintentionally a high speed train, we think, and it gave us the MOST incredible traveling sunrise I have ever seen. First there was a black silhouette of mountains under the newly awakening sky, then there rocky and snowy mountains reflecting light pink light with morning chill and fog spread all along the ground beneath them. It was breathtaking. Unfortunately however, I think something about the high speed train mixed with very little sleep made my stomach hurt a lot, and since we were in a rush I had no choice but to run and hope for the best. Luckily, at the airport, the staff was fresh and positive and helped us when they saw we were literally running through the airport. In the line to stamp passports, someone else noticed our rush and calmly and politely let us pass. And thus, sick and in pain but surprisingly hopeful and determined, we made it to our gate with time to spare.

When we got to Ireland we still weren’t feeling well and it had already been a long day of travel, so we decided to come straight to the Airbnb. Transportation has been incredibly simple so far, thanks to more help we got in the airport. I rode on the top of a double-decker bus for the first time. Then we got to Sutton, just a little ways out from Dublin, and while we waited for our host to arrive we walked down to the water, which was beautiful. Oh, and I’d like to mention that we found our way through both cities entirely without using data. We actually used cardinal directions and just the image of where we were on a map and where our Airbnb is. It probably sounds ridiculous but we were pretty proud. Anyway, this is the bit of ocean just a few minutes from our Airbnb, and the adorable neighborhood it’s in. 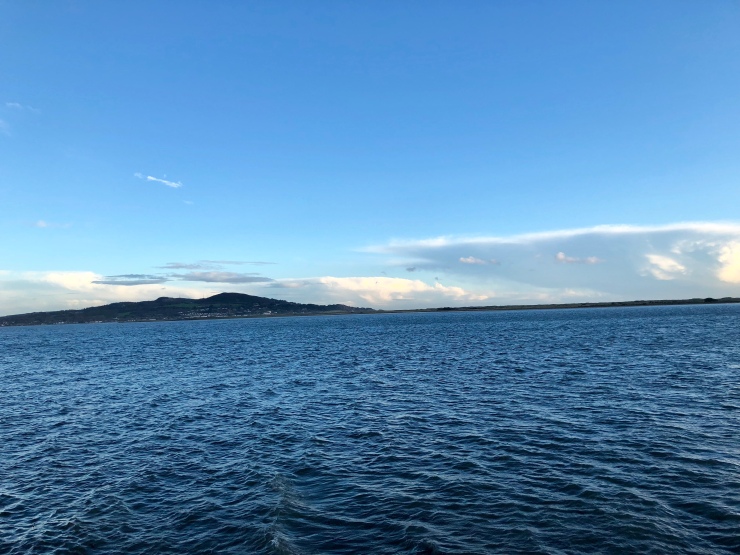 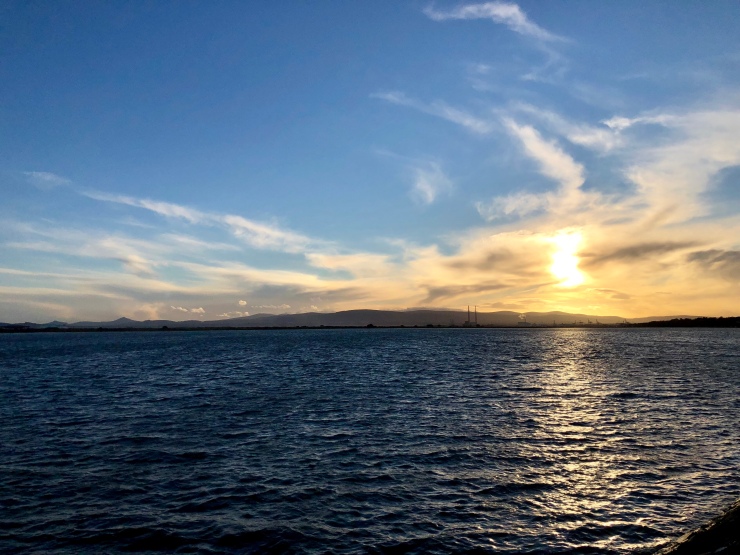 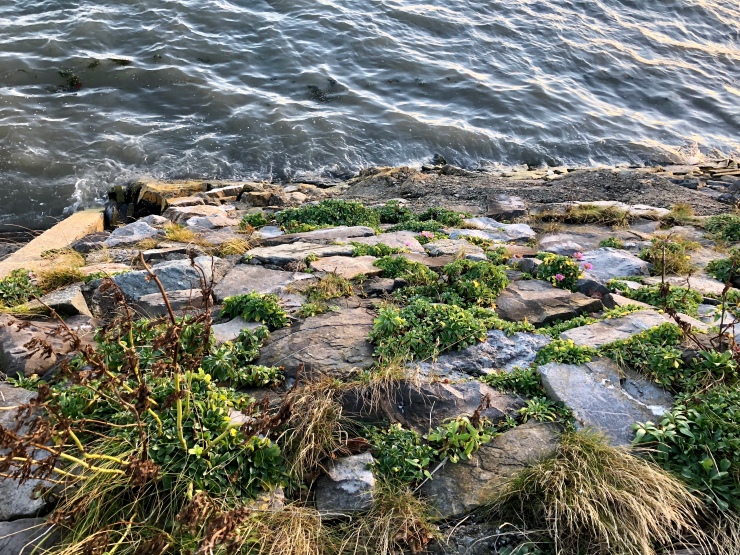 It’s cold, and I’m glad I have my big warm coat from Sweden, but it isn’t the kind of cold I expected. It’s mostly just incredibly windy. Nothing is really what I expected so far, but I don’t really know what I expected so far! I just know that I’m extremely glad we made it here and I’m very excited to explore more. My stomach has been hurting all day and still is, so we mostly just rested at the Airbnb after that and got takeout for dinner, but we’re going to bed early so we can make our day trip to the Cliffs of Moher tomorrow.