Woke up feeling spaced out and cold, needed water. Reminder that I slept at the airport last night on cold tile after getting there around 2:30 in the morning. Got coffee and water at McDonalds to revive myself. Then checked in and found a Starbucks, got more water and at 7am I was eating cheesecake and watching E.T. trying to get over my childhood fear. I don’t know that that’s going to happen though, they just made that movie way too creepy.

I’ve got some serious eye bags but generally I’m feeling okay! My plan for today is to get to Stockholm, find my hostel and check in, then walk around and do a little shopping for anything I need—like a coat not made for Texas weather. I plan on today being pretty relaxed, then tomorrow I’ll go out and do some real exploring before the concert. Obviously I have to find a cool place for breakfast tomorrow since that’s one of my favorite parts of all these trips AND I’m treating myself for existing another year.

Post-arrival: It’s kind of a miracle I even did anything tonight. But first, let’s back up. My flight was interesting because I was in the very back of the plane by the “window” which was actually just a wall. I couldn’t see anything happening outside the plane from any angles, but at least I had a nice prop for sleep and no one in the seat next to me. I slept a good while and then read a lot of my book, which reminded me that it’s incredible that I can travel this freely at all. Some people don’t have the luxury to just hop on a plane and step into another country. Some people aren’t allowed to. Reading about how difficult it was for the main character of the book to get into America or Austria for safety during the Holocaust really hit home. I went to Austria for fun a few weeks ago, and I had zero problems getting there. No one stopped me or said I couldn’t. No one questioned me. It’s just crazy to think of where the world was not too long ago, where it still is for some people, and how we don’t even think about or realize it in the day-to-day. Something to think about.

Because of my spot in the plane, I had zero view of Sweden before I landed, so when I walked out of the plane, my jaw dropped. I found where fall goes when it’s hiding from Texas: it’s in Sweden. In the distance surrounding the airport were tons of yellow, brown, and orange trees in shapes I’m only used to seeing in movies. I breezed through the airport because once you’re in Europe no one cares about your passport or going through customs, picked up a warm green tea with lemon, mint, and honey, and bought a bus ticket to take me downtown. When I was waiting outside, admiring a bright red tree and fresh rain puddles, someone approached me to ask if I could help him and his cousin get downtown. He’s from Sweden, but has never had to navigate home from the airport before. When he learned I didn’t know, we all ended up helping each other figure it out. They were nice, and the cousin is a legitimate fashion designer who invited me to one of his fashion shows next year in Uganda. It was fun having them to talk to for a little while. They showed me my train at the main station and then we parted ways. 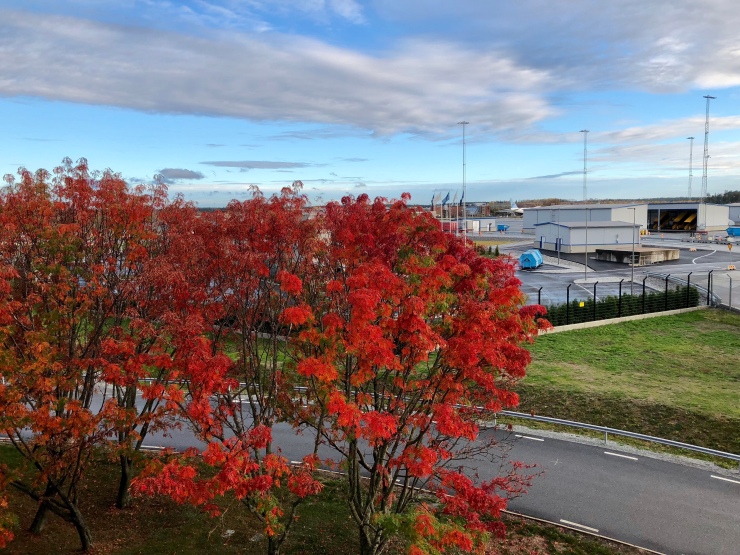 At that point I was close to the hostel, I found it easily and checked in, then took a MUCH needed shower. As I mentioned earlier I was going to go shop and walk around today, but it turns out things close really early in Sweden, so I decided to just get dinner instead. I found a restaurant with great reviews for their brick oven pizza just a ten minute walk from the hostel, so naturally I ended up there. I knew if I didn’t get up soon, I was just going to fall asleep at like 6pm without eating anything. The walk to the restaurant was breezy but lovely. I think Stockholm is another place I’ve instantly fallen in love with, and it’s not hard to. It’s just beautiful in the city and in the surrounding countryside. The weather always contributes to my feeling about a place or a moment, and this weather is perfectly chilly but not unbearably so. 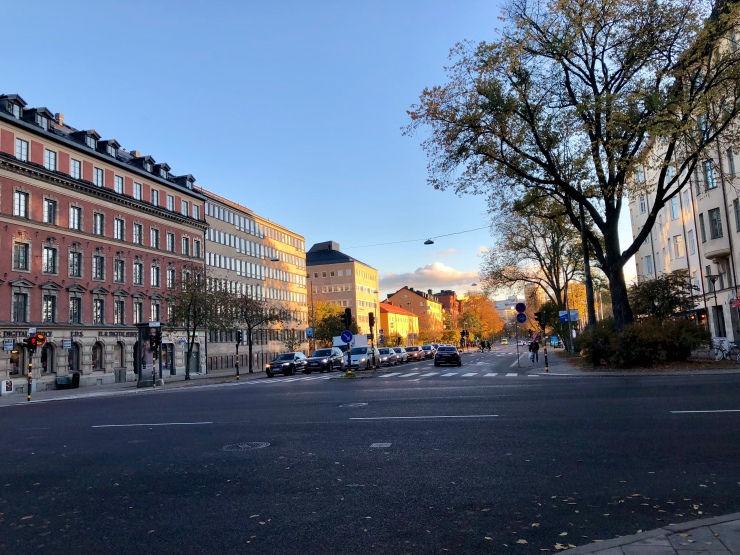 At the restaurant I couldn’t read the menu, so I got one of the vegetarian pizzas and hoped for the best. I didn’t like all of the ingredients on it, but it was still delicious. Yes it’s huge. Yes I ate pretty much all of it AND treated myself to a birthday weekend tiramisu which was also incredible. 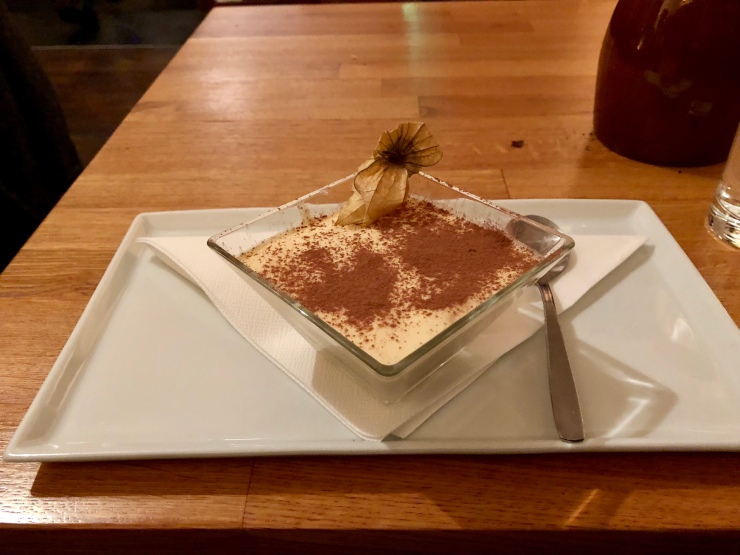 Now, even though it’s still pretty early, my plan is to go back to the hostel and buy a huge bottle of water on the way (stay healthy, folks), then plan for tomorrow or just get a ton of rest. I’m so excited to see more of this city. Everyone I’ve talked to is so surprised that I’ve come here alone and for such a short time, but I couldn’t think of a trip that could be more special and memorable given these circumstances. I am very happy. ❤️