18,324 steps and 22 flights of stairs counted on my phone’s health app; it was tourist day. We got up for an 8AM official bus tour of London that took us to Buckingham Palace, St. Paul’s Cathedral, Westminster Abbey, and told us about everything in between. I loved learning about everything, but I was also just amazed to see the mix of different architecture. The statues people made to honor specific events or other people are gorgeous, and it amazes me to think that this was actually the way that people lived. More than anything though, the tour made me want my friends and family to be there too because I think they would’ve love to hear and see everything too. I kept seeing things or people that reminded me of friends too, but I made an effort not to be sad and to enjoy it all anyway. 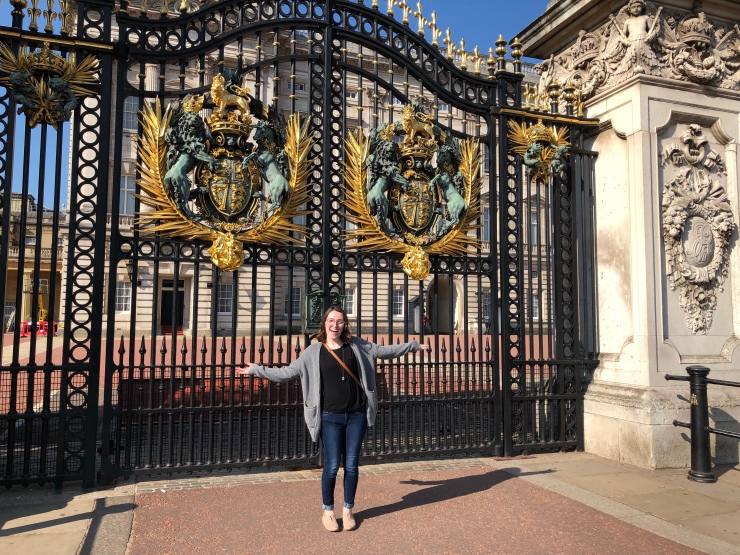 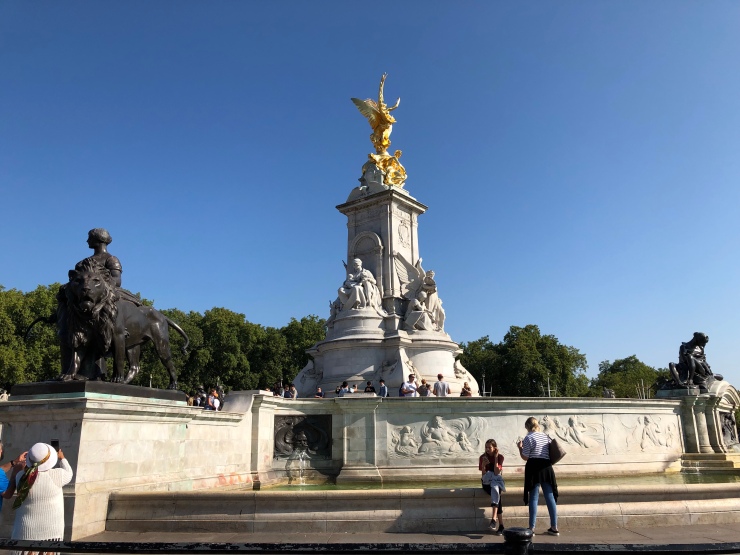 These are all from Buckingham Palace. The queen wasn’t there, but we did get to see the changing of the guards!

This is Westminster Abbey, and so is the main photo for this post. It’s beautiful! 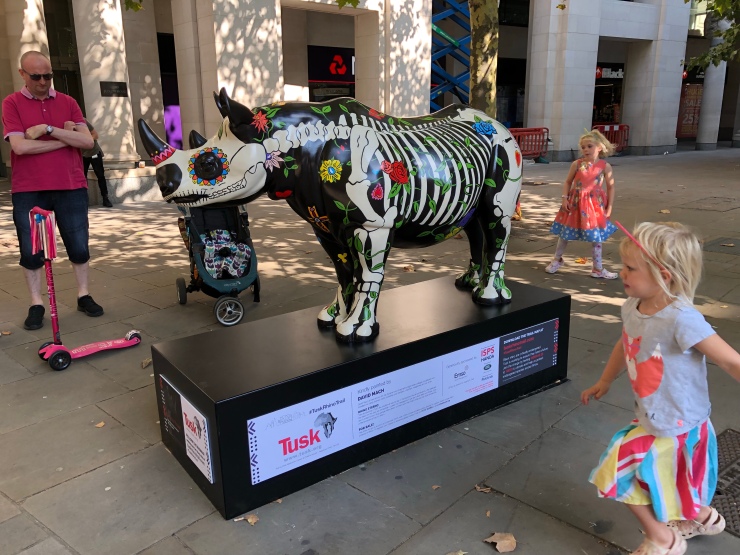 This is a part of St. Paul’s Cathedral. I didn’t get a very good photo because we were too close, but it was also gorgeous. Outside of it there was this statue asking people to protect the rhinos from people who poach them for their horns. There were several of these around the city, but I was obviously drawn to this one because of its correlation to Día de Muertos. The plaque on the statue essentially said that if we don’t protect the rhinos, we will only be able to know them in memory. 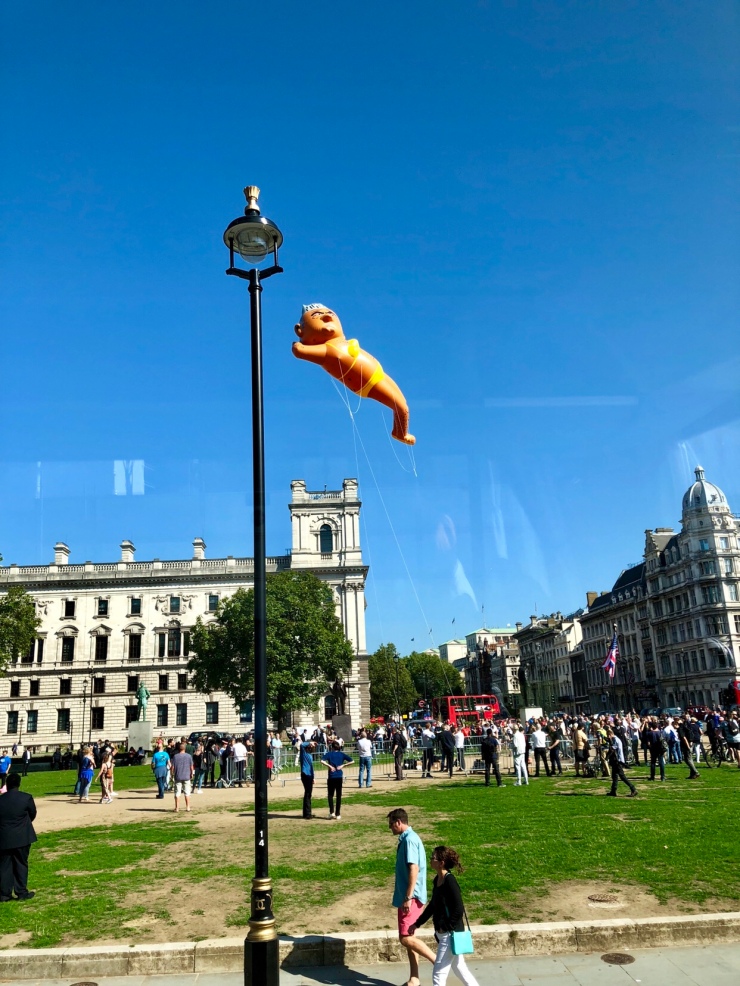 This was a political protest in Parliament Square. Apparently this happens a lot in this area!

After the official tour we had the rest of the day to ourselves, so I went with a group of people to hunt for fish and chips and we found the sweetest restaurant. I personally love that waiters and waitresses leave you alone until you ask for them because I feel like it makes the eating experience more relaxed and way less rushed. Also, every single customer service person I have met here has been extremely nice and it makes me happy. Anyway, after lunch (where I got to nerd out with another English major omg) we set out to walk across a bridge they used in the filming of Harry Potter on the way to visit the Globe Theater. Then we stopped over to King’s Cross and said hello to Platform 9 3/4. We were tourists in the best way, and I’m so glad I got to explore with such cool people. London was crowded and beautiful, and as much as I like the parks and the weather and exploring with friends, I am also extremely excited to finally get to Spain and to settle in to one place. I am exhausted and full and so happy. This semester is going to be amazing. 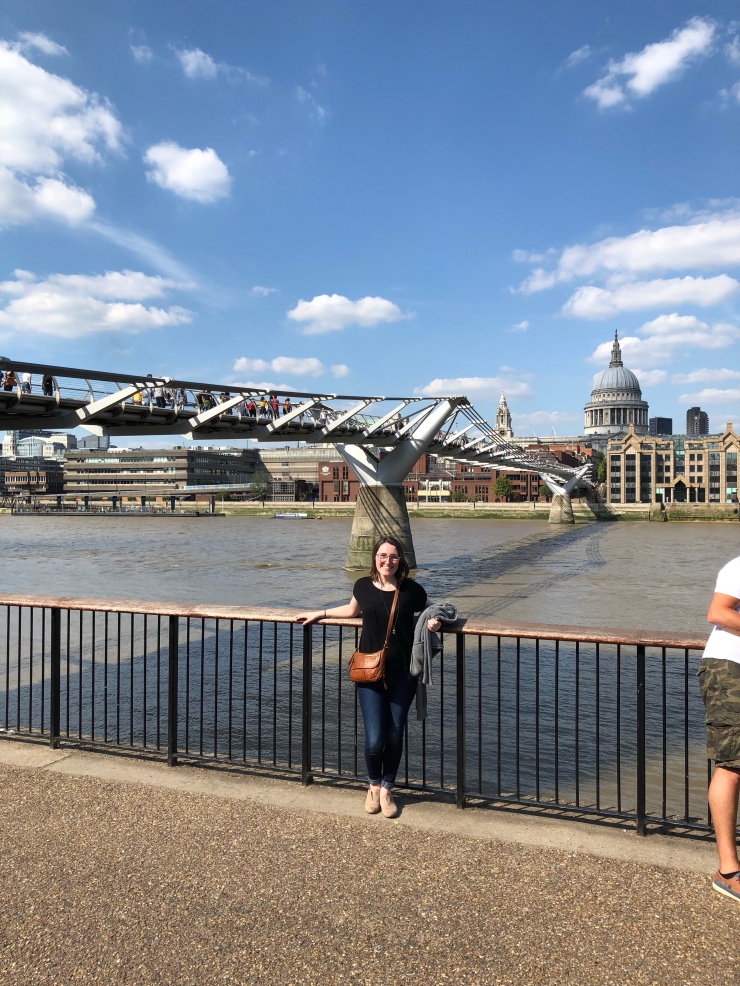 These are some new friends and me freaking out because we were standing on the bridge used in one of the Harry Potter films, and the second picture is me standing in front of it. Below is King’s Cross Station which holds Platform 9 3/4 (I didn’t get a picture of the actual platform, but it was pretty neat to see). Below that, of course, is Shakespeare’s Globe.